Skip to content
Transform your travel passion into
the ultimate side-hustle.

There are over 1,500 ski resorts in Europe, and some of them are a bit more legendary than others. Some of them are good for freeriding, others have an amazing park or and some are great for their nightlife scene.

PS: Don’t forget to bring a GoPro action cam or a professional camera, because ski resorts are the perfect place to create a unique photograph of your winter adventure. 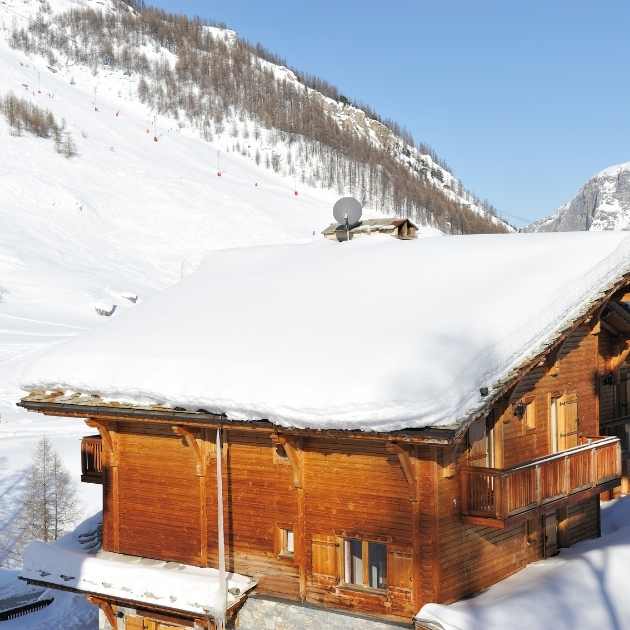 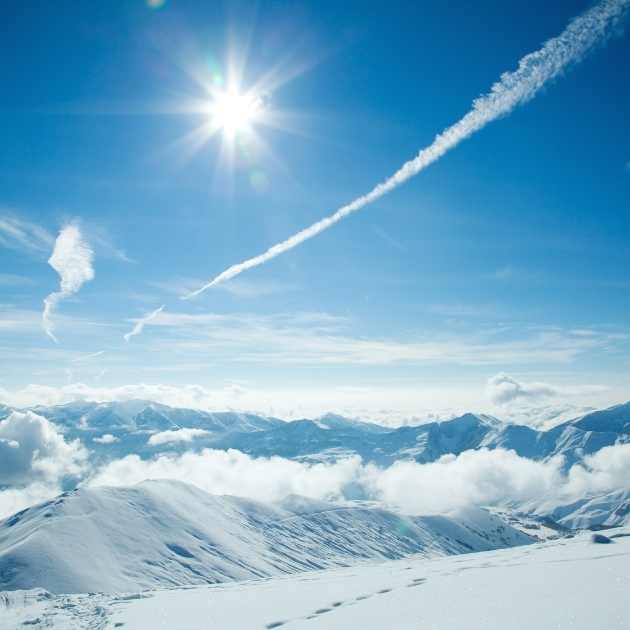 Switzerland has over 7,000 kilometers of slopes, making it a very popular destination for winter sports fans.

We listed our favorite resorts below, but keep in mind: Switzerland isn’t part of the European Data roaming and Eurozone, which might make your visit relatively expensive!

Verbier is a holiday resort and ski area in the Swiss Alps, which is popularly known as one of the best ski resorts in the world.

It was given this title because of its exciting slopes and lively nightlife scene (“Ibiza in the snow”), which makes the resort very popular with young Scandinavians and Brits and attracts over 35,000 visitors per day during winter.

Verbier is the premier resort of the 4Vallées ski domain. It also includes the Ski Resorts Nendaz, Veysonnaz, La Tzoumaz, and Thyon–and has 410km of marked runs.

Because of its strong winter sports community, Verbier has kick-started many photographers and artists, who have their roots in the winter sports scene.

The Laax ski resort is world famous because of its snow parks. It is one of Europe’s biggest and best resorts filled with long trails, freeride routes, and modern lifts.

Next to its 235km of runs, Laax also contains four snow parks with over 90 features such as rails, boxes, halfpipes, and kickers. This makes it one of Switzerland’s biggest ski areas, which attracts riders from all levels, including Europe’s top snowboarders. The downside to this is that the lift passes are among the most expensive in Europe.

Saas-Fee is comparable to the ski resorts in Verbier and Laax, however, the ski area in Saas-Fee is relatively small with “only” 100km of trails.

Because Saas-Fee’s ski area is one of the highest ski resorts in the Swiss Alps, and because the clouds shade most of the slopes throughout the day, it can be extremely cold in the village and on the mountain. The advantage of this weather is that most of the slopes contain very reliable and light powdery snow.

Besides its amazing slopes and pistes, we know this resort for its incredible scenery & natural features. 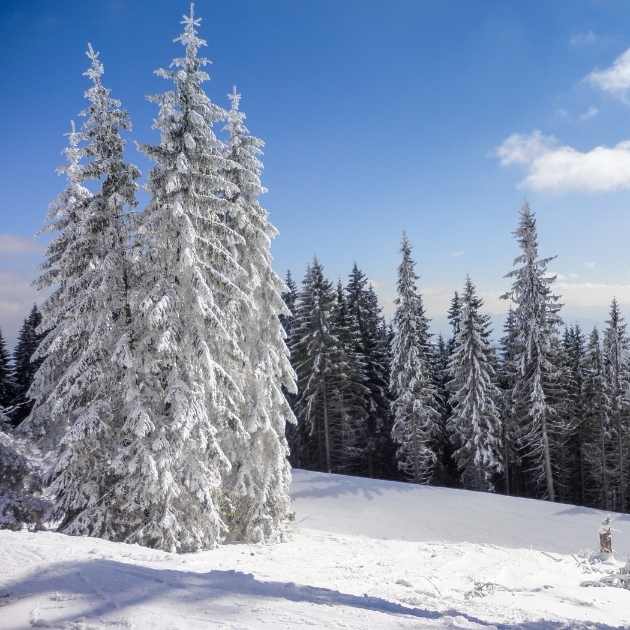 Austria is a year-round snowboarding destination with resorts that are a bit less expensive than the rest of the Alps, making it the snowboard capital of Europe.

We listed our favorite spots below!

St. Anton is among the most famous ski resorts in the world, because of its historical importance, vast terrain, and wild après-ski partying.

Having the very first cable car in the Alps makes St Anton the longest established ski resort in the world. The resort also introduced the concept of group ski lessons, which is now an adopted concept across the globe.

St Anton is in Austria’s Arlberg region. The Arlberg region is Europe’s snowiest area and the biggest connected ski area in Austria. As a result, it counts 305 kilometers of slopes, supplemented by 200km of off-trail runs.

Another benefit is the fact that St. Anton is easy to reach, within two hours’ drive of three international airports, and it has a railway station at its city center.

And all this makes St. Anton one of the most famous resorts in the world. The disadvantage of this status is that the trails can be extremely busy, and the accommodation is very expensive and hard to get.

If you are planning to visit St. Anton during the school holidays, you will need to book it early.

Apart from being the place where I learned how to snowboard, the Stubaier Gletcher is known as Austria’s largest glacier ski resort. Stubai ski resorts attract a lot of locals and tourists because of its state-of-the-art lift system and infrastructure, the panoramic views, and the long ski season.

Because of its location and high snow reliability, Stubaier Gletcher’s slopes are usually open from October to June, making it an interesting park for pro athletes to start their pre-season preparations.

The ski resort has a 2,000m elevation, 146km of trails, and 2 glaciers. The thing which makes the resort a popular place to visit, next to its vast off-piste, is the fact that their season starts in October and ends in May.

The number of people on the slopes will surprise you because it can get extremely busy. 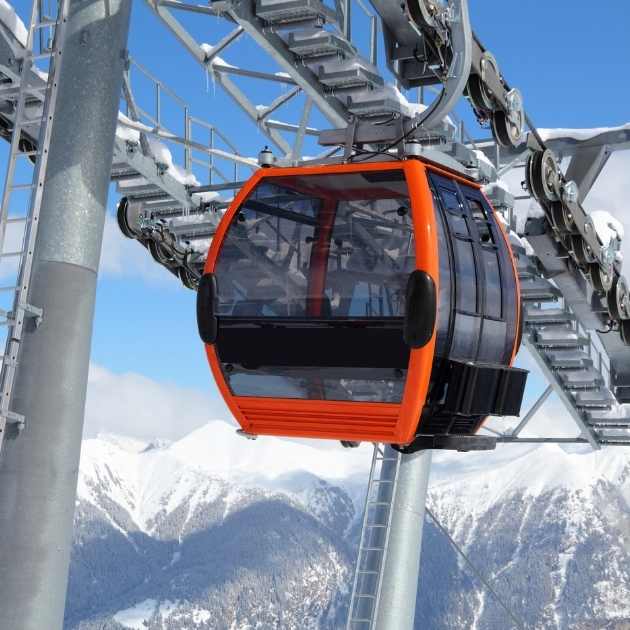 With both two mountain ranges (the Alps and the Pyrenees) France is the perfect destination for a snowboarding holiday. It also has the top-rated ski resorts in Europe. Therefore, we listed our favourite spots and even named a few Winter Olympics and Winter X Games destinations!

At the foot of Western Europe’s highest mountain (Mont Blanc) and between the peaks of the ‘Aiguilles Rouges’ and the ‘Aiguille du Midi’ mountain, you’ll find the legendary Chamonix ski resort.

Chamonix is one of the oldest ski resorts in France and is known for its sensational skiing and snowboarding terrain (both on and off-piste), which caused the resort to organise the first Winter Olympics back in 1924!

Admittedly, some of Chamonix’s lift infrastructure (which has over 60 lifts), is quite outdated by now.

Next to snowboarding, you can go ice climbing, para-gliding, and extreme skiing in Chamonix, which gave it the nickname ‘the death-sport capital of the world.”

Recently, pro snowboarder Victor de Le Rue tested the limits of what is possible on the ice-covered slopes of Chamonix.

As part of the Trois Vallees, Val Thorens is conveniently the highest resort in Europe, giving winter sports enthusiasts access to 600km of pistes and free riding slopes, snow-covered from November to May.

The ski resort of Val Thorens was purpose-built in the 1960s with no architectural guidelines, which lead to an overwhelming amount of ugly apartment blocks in the middle of the ski slopes.

Next to being an attractive and sophisticated resort, the Val Thorens resort hosted a Tour de France stage finish in 1994 and 2019.

The Tignes ski resort is a ‘snow-sure’ ski resort, which is integrated with the neighbouring Val d’Isère resort, making it one of the largest single ski areas as a result.

This combination of Tignes & Val d’Isere makes it a popular snowboard destination and makes them earn their place at the very top of the list of best ski resorts in the world.

The biggest advantage of these ski resorts is that they are open 11 months a year, and they have many free riding areas and world-class parks. This is one of the reasons why Tignes has been the (co-) host for the 1992 Winter Olympics, the 1992 Winter Paralympics and several times, the Winter X Games.

The only negative aspects of Tignes are the mix of ugly apartment blocks, expensive food, and underwhelming nightlife. 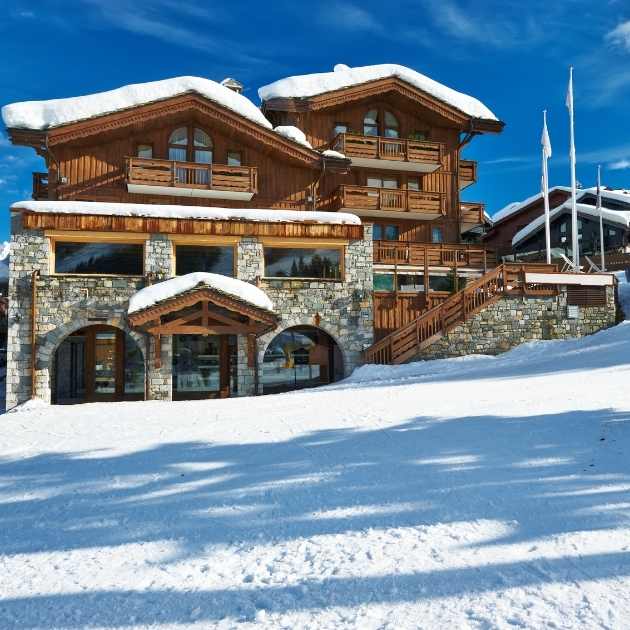